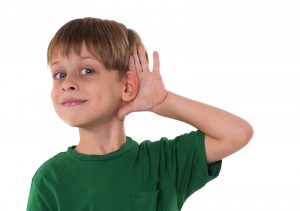 SYMPTOMS OF HEARING LOSS IN CHILDREN

While most newborn children in Cyprus receive a hearing test before they leave the hospital, this does not mean that they are not susceptible to hearing loss down the road. In many cases, hearing loss is not immediately noticeable and children do not begin to display signs of this until much later on. However, it is important for all parents to be aware of some of the most common symptoms of hearing loss in children.

Severe or profound hearing loss may become obvious when the child does not respond to a sound, but there are more milder forms of hearing loss that can be more difficult to detect In being proactive and ensuring your child’s hearing is tested annually at the very least, your ENT doctor will have a better chance of detecting hearing loss early on.

Below you will find information on some of the most common symptoms of hearing loss in children that you should be aware of.

Children learn how to communicate with others by mimicking the sounds they hear. If they are experiencing some level of hearing loss that is left untreated, they may fall behind and miss out on a great deal of the speech and language around them that aids in their development. Hearing loss shows up differently in each individual child, and the symptoms will vary depending on the age of your child.

Symptoms of hearing loss in babies may include the following:

Symptoms of hearing loss in toddlers and infants may include the following:

There are certain milestones that babies and children should reach in how they play with others, learn, communicate, speak, and act. If they have not met one or more of these milestones, it could be a sign of some level of hearing loss. If your child exhibits some of the symptoms described earlier then it is advisable to contact your ENT doctor for further assesssment.

IS IT EVER TOO LATE TO GET MY TONSILS OUT?

SYMPTOMS OF HEARING LOSS IN CHILDREN