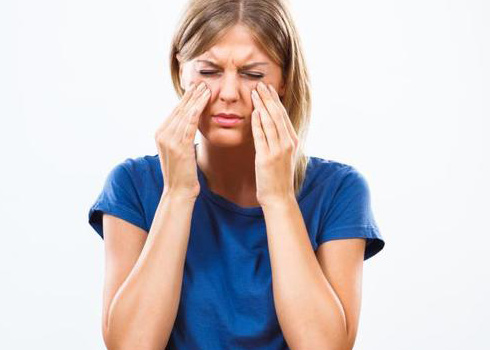 Sinusitis is an inflammation of the sinus lining that causes the cavities located around your nasal passages to become inflamed, swollen, and irritated. While sinus infections are quite common, when the symptoms just aren’t going away it may be necessary for you to visit your ENT doctor. Individuals who are experiencing sinusitis may find it extremely difficult to breathe through the nose, which is due to a blockage in the sinus that is preventing normal mucus from draining through the nose. In some cases, this blockage may cause mucus to build up even more, which can lead to very uncomfortable symptoms.

Sinusitis is often confused with symptoms of a common cold, which is why it is important to contact your ENT doctor if you are experiencing any of the symptoms listed below. A common cold is typically caused by a virus, and can turn into sinusitis if left untreated. If sinusitis lasts more than eight weeks or continues to come back, it is called chronic sinusitis.

You should seek the advice of an ENT doctor if any of the below symptoms persist, get worse, or do not resolve after several days. The most common symptoms of sinusitis include the following:

The most common type of sinusitis is acute sinusitis, however, there are several other types that it may be helpful to be aware of. Acute sinusitis typically lasts four weeks or less and is characterized by the common cold-like symptoms that were listed above. Chronic sinusitis is another condition where the symptoms last eight weeks or longer. You may be suffering from recurrent sinusitis if the symptoms occur several times per year.

Treatment for acute sinusitis may include antibiotics, saline nasal sprays, nasal steroid sprays, decongestants, and over-the-counter pain relievers to help make you comfortable and relieve your symptoms. In some extreme cases surgery may be recommended. Your ENT doctor may suggest surgery if your symptoms are recurrent and chronic, but he  will be sure to go over all your options to help you make an informed decision.